Once the Euro cycle tops it will break the trend line. That will also mark the intermediate cycle low in the dollar. 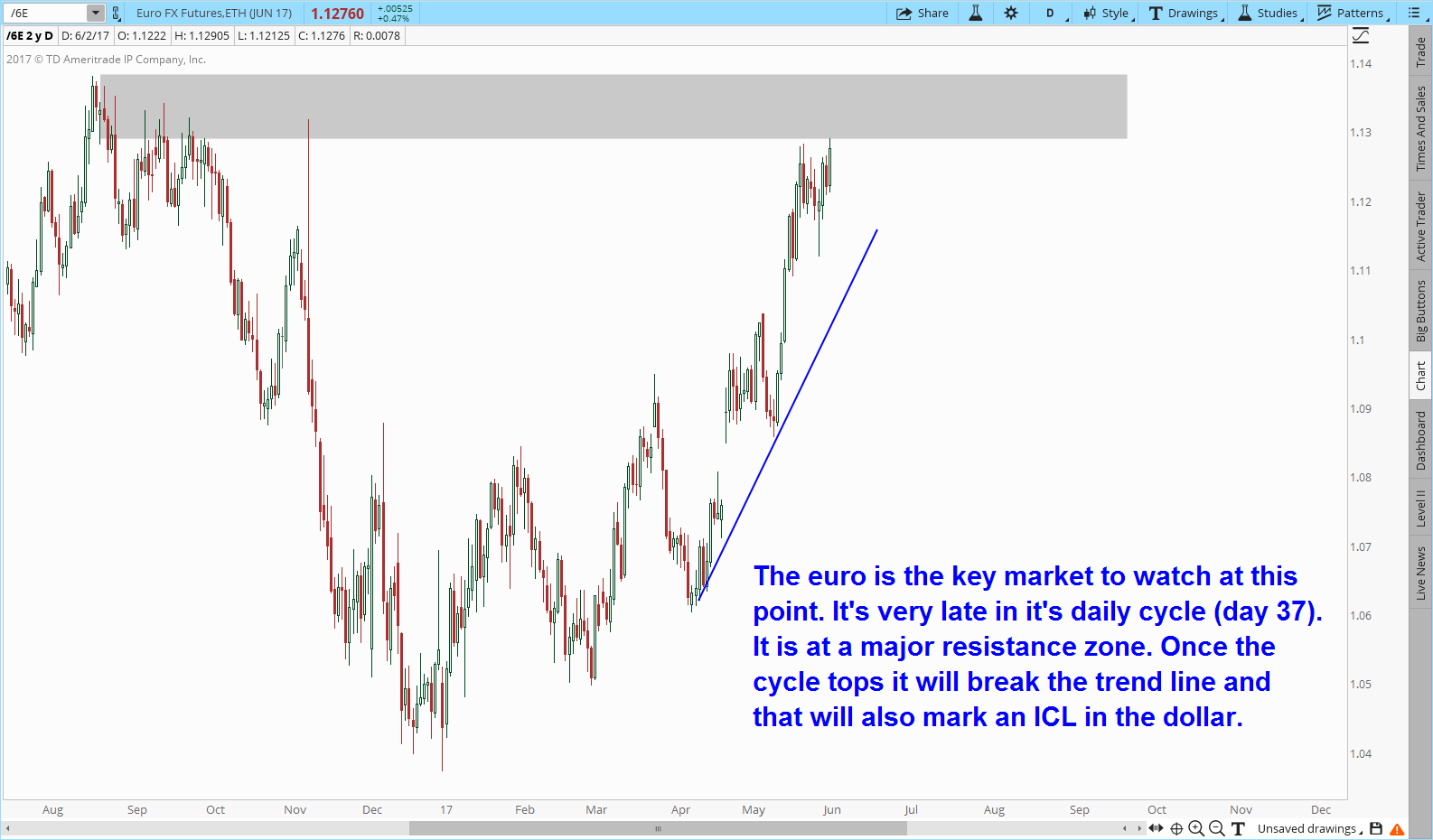 206 thoughts on “CHART OF THE DAY – EURO AT MAJOR RESISTANCE”