Click on the settings wheel and full screen to enhance quality and enlarge the video. 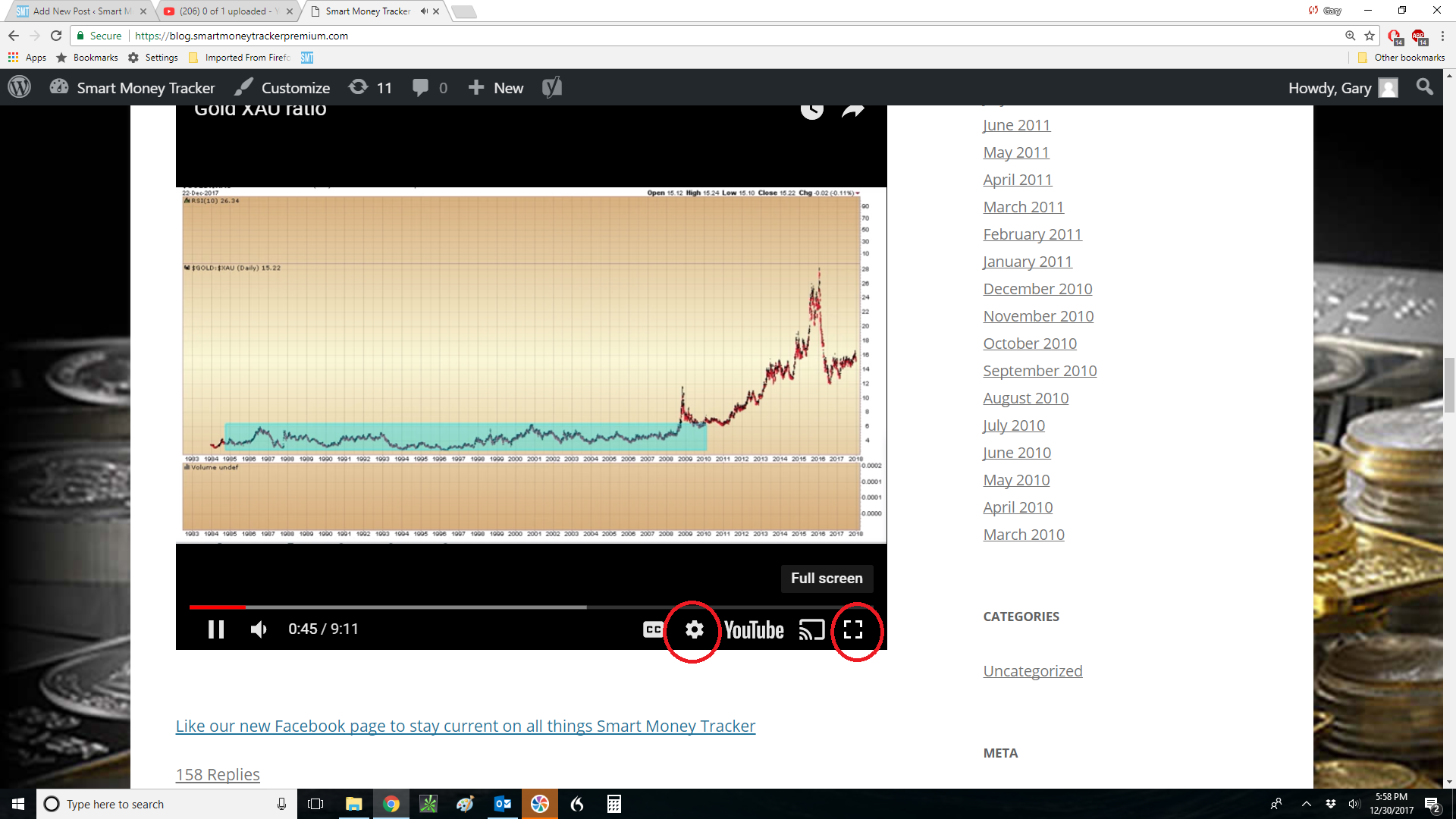 The SMT metal portfolio is in 5th place with +62%

The SMT stock portfolio is +37%

The surprise in 2018 is going to be the collapse in the US dollar. It will drive the bubble phase in stocks (it already is), it will drive gold out of it’s basing pattern (I think it has begun), and inflation in general will start to rise significantly next year (oil is already at $60 when many were looking for a return to sub $30).

Despite what may clueless analysts would like to believe, despite what the so called artificial intelligence software is predicting (it should be called artificial ignorance) there are going to be consequences to printing trillions of dollars, and those consequences were never going to be deflation and a strong dollar. The world managed to delude itself for almost 3 years into thinking the dollar would rise despite QE, but that delusion is now being stripped away, and in the years ahead the piper is going to be paid. Last year at this time almost everyone was expecting the dollar to go to 120, instead it went to 91. My prediction is that it will be at 80 or lower by the end of 2018. That will be the surprise of 2018, what most investors are not expecting, just how far the dollar drops. 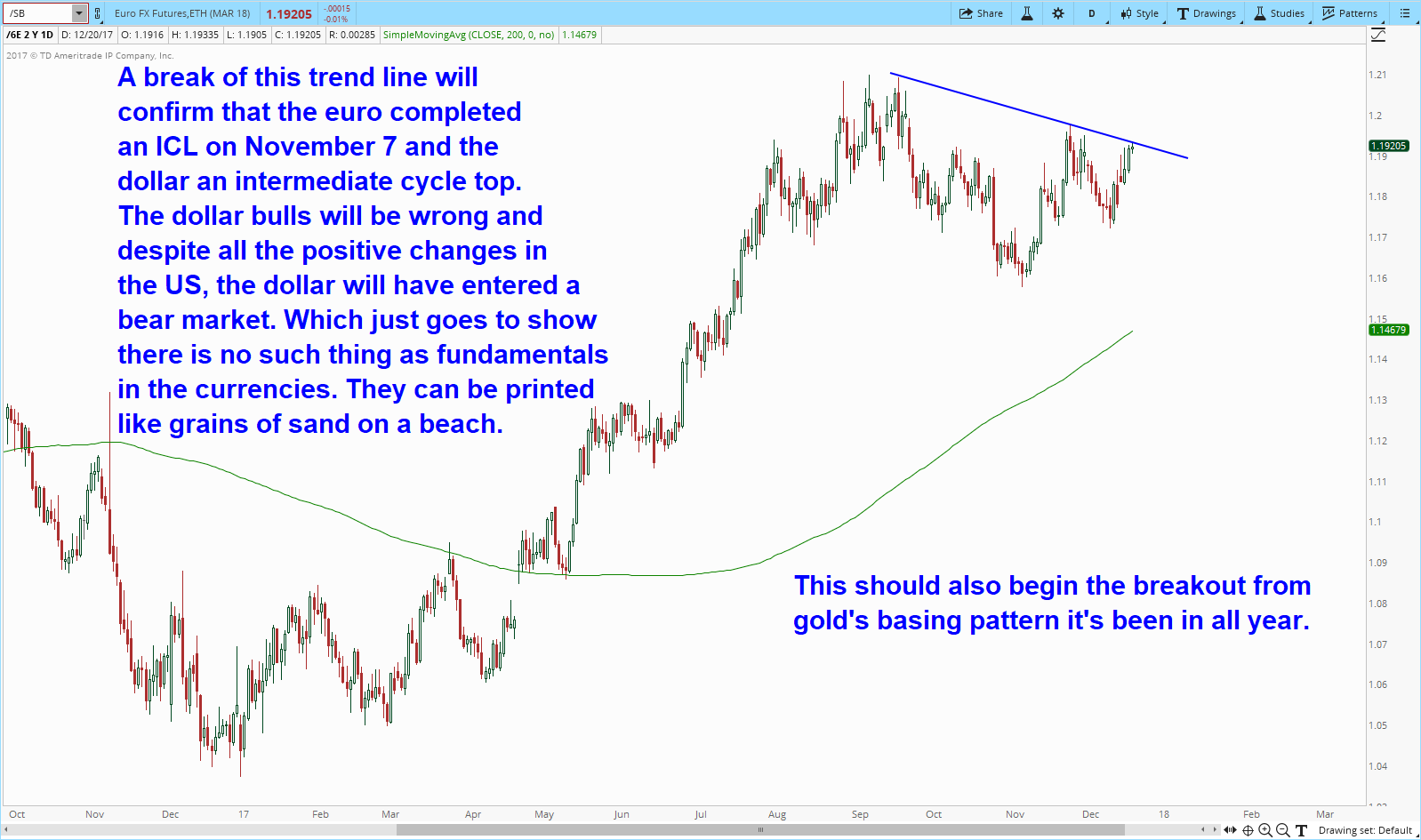